When the Northern Irish call on the EU to be â€œpragmaticâ€ or â€œflexibleâ€ in interpreting the Protocol, they miss the point. Brussels has no interest in being reasonable. He positively savored the unease of Great Britain. The last thing he wants to do is loosen the shrouds.

In Eurocrats’ eyes, the protocol is the surest way to prevent the UK from straying too far from its regulatory orbit. Already, every trade agreement we conclude with a third country must be compatible with its terms. But they want to go further, pressing us until we agree to follow all EU food and veterinary rules in perpetuity, thus making an independent trade policy much less viable.

Obviously, no British administration could accept such a result. Indeed, no self-respecting country should tolerate a situation in which internal trade barriers are maintained on its own soil by an overseas power, and in which part of its population is partially subject to foreign domination.

The question is not whether the Protocol can be maintained. It can’t. The question is rather whether the EU will accept the process of its replacement, or at least, its substantive reform. All the signs are no. As Emmanuel Macron said on Thursday: â€œNothing is negotiable. Everything is applicable.

Brussels sees Northern Ireland as a sensitive place, a place where it can anger and anger the British with – thanks to Theresa May’s atrocious negotiations – the letter of the law on its side. It’s almost as if Elizabethan England’s foreign policy fears came to fruition late and Ireland turned into a beachhead for hostile continental powers (a situation, for what it’s worth, which was historically catastrophic for Ireland).

Never mind that the protocol upset Ulster’s delicate balance, toppling two Unionist leaders and bringing mass protests to the streets. Never mind that, according to surviving author of the Good Friday Agreement, David Trimble, it is inconsistent with that agreement. The loudly proclaimed interest of the European Commission in the peace process was denounced as hogwash when it attempted to impose a border on the island of Ireland with no higher motive than resentment over the success of the program British vaccination program. No, it has nothing to do with the concern for Ireland, and everything to do with the pressure on Boris Johnson.

Don’t be fooled by the fact that this is a largely symbolic problem, of interest only to trade unionists and having only slight consequences in the real world. The protocol causes unnecessary economic disruption to people of both traditions in Northern Ireland and, indeed, to consumers and retailers in the Republic.

I sit on the parliamentary committee studying its effects. For several weeks, we have been collecting testimonies from all sides, with the exemplary balance expected of parliamentary authorities. I think it’s fair to say that no one we heard from was enthusiastic about the Protocol. Some accepted him as a price to pay and others wanted him to be abandoned, but no one could positively say that he loved him. Almost everyone – businessmen, politicians, academics – at least wanted him changed if not replaced.

You can see why. An economist told us that by extrapolating the extra red tape now associated with moving each pallet of goods, the cost of the protocol was around 6% of the roughly Â£ 10bn of material transported from Britain each year. to Northern Ireland.

This figure is of course very important for local businesses. But it is negligible as a proportion of the EU economy. Another of our witnesses had established that the trade between the two parts of the United Kingdom is equivalent to 0.0008%. 100 of the EU’s GDP. Yet Brussels performs around 20 percent of all checks on goods entering its territory on this insignificant volume.

No one seriously thinks that it is about ‘protecting the integrity of the single market’. The EU is not rolling out the full panoply of checks because it believes a pork pie sold in Sainsbury’s Armagh could cross the border one way or another. Sainsbury’s has no outlet in the Republic and, anyway, why would it matter if a British pork pie was smuggled into Co Monaghan?

Even some of our Europhile officials have had their eyes peeled. It is clear that the EU insists, once again, on the most maximalist and unreasonable position imaginable, even when such a position is detrimental to its own interests. As happened recently in his negotiations with Switzerland and, finally, during Brexit itself, his stubbornness will backfire. The slightest willingness to compromise with David Cameron would have won him the referendum. The slightest concessions to Theresa May would have kept Britain in the customs union. The least flexibility vis-Ã -vis Switzerland would have kept it close. But the EU will not – perhaps not be able – to overcome its irritable urgency.

All of this, paradoxically, makes the choice of Great Britain much easier. There are two sets of problems with the Protocol. The former are practical, deal with controls of the goods, are felt equally by both communities and could easily be dealt with. The latter are democratic, stem from the fact that Northern Ireland has elements of its taxes and regulations set by Brussels, are mostly hated by Unionists and can only be fought with outright repeal.

If the EU had been a little more reasonable in moving sausages from Wales to Northern Ireland – or, as the Prime Minister deliciously puts it, moving firecrackers from Bangor to Bangor – then it would have recovered morale . Had it been easier to let people take their pets from Jedburgh to Jonesborough, Britain would have found an outright repudiation of the Protocol much harder to sell, both nationally and internationally. But the intransigence of the EU makes repeal both desirable and inevitable. Under the protocol, Brussels was supposed to make its “best efforts to facilitate trade between Northern Ireland and other parts of the UK”. No one seriously claims he did.

No doubt there will be some setback when Britain declares that, in light of the EU’s attitude, the protocol no longer applies. Brussels can hardly let things pass and will have to apply some sort of sanction. Frankly, though, it’s hard to see what he can do that he isn’t already doing. He arbitrarily refuses to grant equivalence to UK financial services companies. He vetoed Britain’s accession to the Lugano Convention on Mutual Legal Application (as the name suggests, the Lugano Convention is a pan-European agreement, not an EU agreement) . Of course, he can charge real tariffs – but every economist understands, even if not all politicians, that tariffs end up doing the most harm to the state that applies them.

In short, there is nothing the EU can do worse, from the British point of view, than to uphold the protocol. And since any unilateral action is liable to incur punishment, we might as well be hanged for a sheep as for a lamb. We will not have a better opportunity to tackle the really bad part of the deal, which is the democratic deficit.

What if the whole arrangement was simply abandoned? Would that mean a physical border in Ireland? Of course not. No British or Irish government was ever going to put in place border controls (beyond the cameras already ubiquitous on British highways). It was a frightening story intended primarily for American opinion.

Britain should, when repealing the Protocol, offer what has always been the obvious alternative: a system of mutual enforcement whereby each party legally undertakes to prevent illicit goods from entering the territory of Great Britain. the other. Not that Britain will be particularly worried about reciprocity. We are rather relaxed about EU goods entering our territory, because we are not trying to create a problem for the sake of it. But a mutual enforcement system, based on proportionate risk assessment and electronic prequalification, was the obvious solution from the start, and it was one that was being explored by London and Dublin before Leo Varadkar took over.

Britain would indeed say the following. â€œWe tried to make the Protocol work, but it became clear that the EU saw it as a negotiating lever rather than a practical mechanism. We are therefore abolishing it and restoring full democracy to Northern Ireland. We unequivocally reiterate our commitment not to build any new physical infrastructure on the Irish border. What happens on the other side is not up to us, but we are open to any realistic scheme that will allow the EU to make the same commitment. We are proposing a system of mutual recognition and mutual enforcement.

Some British commentators became so demented after the 2016 referendum that they now automatically support the EU, even if its position is unreasonable. They will undoubtedly become ballistic. But the rest of the country can see that the Eurocrats were wrong. British sausages will travel freely to Ulster. Let Brussels do its part. 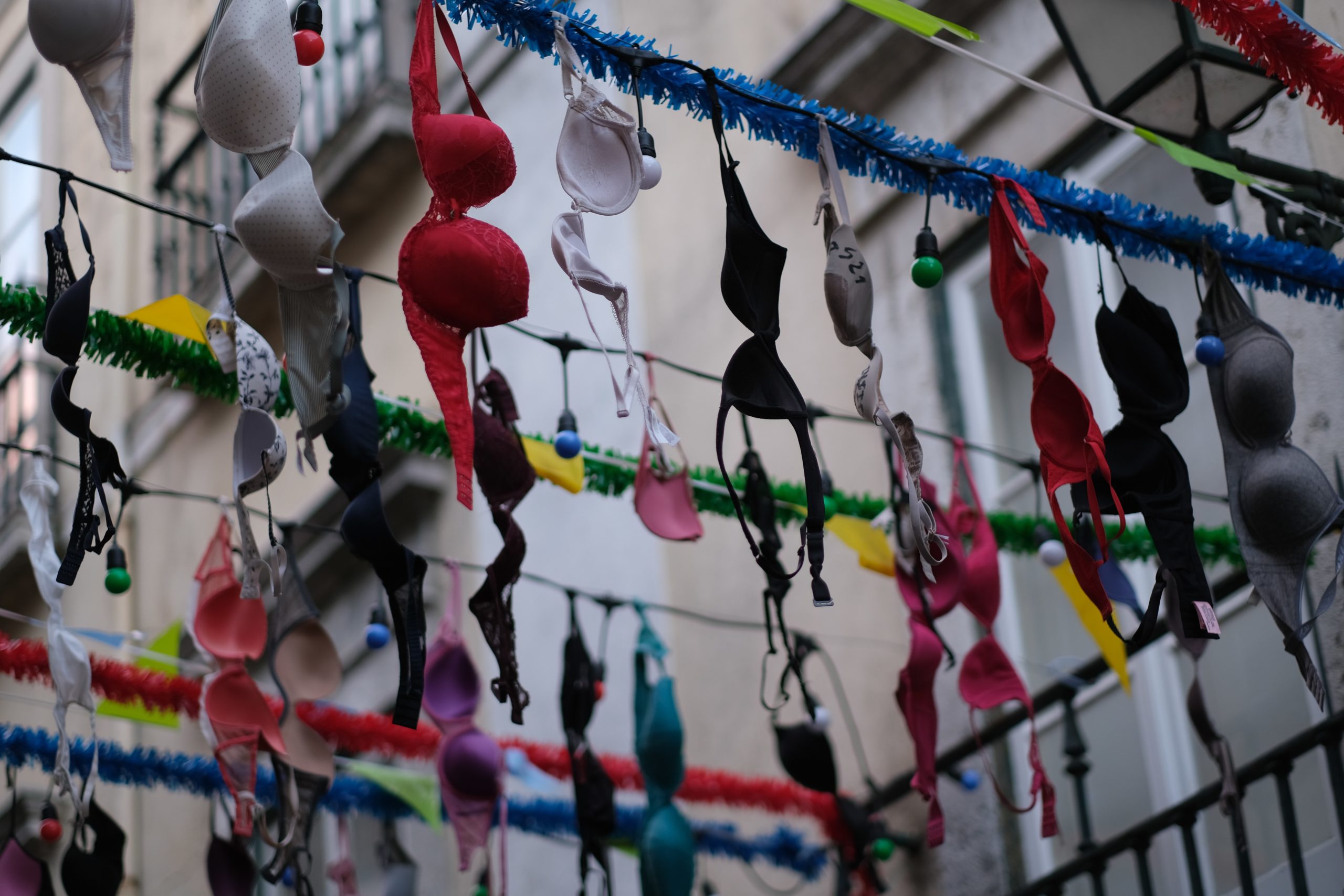