Four students, rejoicing at the good news, partied in one of Podgorica’s many Irish pubs. Fed up with nationalism, populism and other kinds of plague invading the Western Balkan region, they revel in a better future that awaits them in the European Union. It was summer, the Thessaloniki summit had just ended and the promise of EU membership had been conveyed to the region.

No credible alternative to US grand strategy in Europe

For students, the EU was not a pot of gold in which to dip your hand and reap the rewards at hand. On the contrary, deep inside they felt that the EU resonated within them in a special but enchanting harmony. German punctuality, cars and the “Wind of Change” of the Scorpions; French “liberty, equality, fraternityand wine; Italian canzone and eternal Rome; Greek philosophy and the cradle of democracy; Spanish flamenco and the haunting sound of guitars come together in a beautiful constellation, including the 12 stars on the blue flag.

Two decades later, one of these four students became Foreign Minister of Montenegro. Without claiming to be Dr. Nicolaes Tulp from Rembrandt’s famous painting, thinking back to the time lost in between, I can’t help but wonder if Montenegro and the EU could have done better. Are we where we wanted to be?

In these years since Thessaloniki, Montenegro has achieved a lot. It opened up its economy and became a member of the WTO. He has no open issues with his neighbors. It joined NATO in 2017 and is ahead of other countries in the region in the process of joining the EU. It is also the only country aspiring to align itself 100% with EU foreign policy. In view of these achievements, some may wonder why Montenegro is still not part of the European Union.

Well, things are never that simple. Contrary to the undeniable success of its foreign policy, the dark labyrinths of domestic politics still block the country’s path to EU membership. Since the start of negotiations with Brussels, the ruling party has acted as if it were the sole guardian of the process. But to be successful, the course must involve the whole of society and the political spectrum. Montenegro joins the EU as a community and not as a ruling majority. Every success in this effort belongs to all political actors, NGOs and other participants. The same goes for all failures.

Of course, the main responsibility lies with the government creating the framework for membership evolution, but the sustainability of the process can only be achieved if the greatest inclusion is ensured. There was a persistent lack of political will to tackle the most treacherous plague of any society – corruption and organized crime. For too long, politicians have turned a blind eye to these flaws blocking Montenegro’s European path and postponed attempts to eradicate them until better times.

Finally, the regional context of the Western Balkans further complicated the route from Montenegro to Brussels. No matter how well you excel in class, the performance of your classmates can hold you back. Montenegro has been a model of good neighborly relations. However, there exists in a region steeped in bilateral disputes that have harmful fallout – an endless game of thrones.

But every cloud still has a silver lining. In August 2020, the Democratic Party of Socialists – the heir to the Communist Party – led by President Milo Djukanovic, suffered an election defeat, marking the first peaceful transition of power after nearly 30 years of one-party rule. The process went smoothly; the absence of riots, rallies or demonstrations in the streets showed how mature Montenegrin society has become.

The new political habitat has given rise to new hopes, zeals and also actors. A myriad of new and young politicians have emerged, with no political roots in either the old Communist Party or the nationalist blocs. Young and prominent, they shine brightly, cleared of the dark clouds of 1990s wars and the legacy of clientelism. They are progressive, western oriented and they really follow the chops. They present a stark contrast to the ruling elites of the past, the indoctrinated ex-members of the Communist Party who, although they may subscribe to the messages coming from our European partners, never really understood them.

And how could they? A large majority of these party cadres have never lived abroad, have never left the confines of the former Yugoslavia and rarely speak foreign languages. Unlike them, the new generations are perfectly in tune with the heartbeat of Europe. They were brought up in movies, music and western culture. They have studied or lived abroad and speak at least one foreign language. More importantly, they hate corruption. Unlike their predecessors, these new Montenegrins are law-abiding not because the penal code requires it, but because they see corruption as a great social ignominy that tarnishes the image of the country. In their mentality, corruption is a red line that should not be crossed.

Against the backdrop of this mixed legacy, the new government maintained the same foreign policy and, at the same time, waged a fearless fight against corruption and organized crime, achieving remarkable results in a very short time. These results have been recognized by the EU and the international community as a whole.

Thanks to these achievements, the myth that only one political party could lead Montenegro to EU membership has been debunked. Montenegro’s EU and NATO partners realized that other young and genuinely progressive political forces are able to reach the final destination of the country’s journey to the EU and spare no effort to achieve it. But again, this is a process that belongs to all Montenegrins. EU membership is voluntary and requires dialogue and cooperation from all political sides, however difficult that may sometimes be.

Let us now look at the situation from the EU’s point of view.

It is well known that every structure has, among other things, a purpose, a reason why others admire it and find it worth emulating. Without this interaction, its allure would be pointless, creating an inward-facing edifice. This approach is embedded in the EU Global Strategy 2016, which means that the Union must become a more globally present and assertive international actor. Its enlargement policy, which forces countries to carry out reforms to better align with the EU, is its most seductive ploy. We in the Western Balkans understand this very clearly.

Societies in former communist countries, from “Sczeczin in the Baltic to Trieste in the Adriatic”, take this as a self-evident truth. The enlargement policy has had an enormous transformative effect on all its beneficiary countries and represents the best of Europe to date – its proven power to unite in diversity. This is all the more remarkable as the past decade has not been the easiest for the EU. Many crises have hit the bloc one after another, including the 2008 global financial crisis, the Arab Spring, the 2015 migrant crisis, Brexit and now COVID-19.

I do not think it would be wrong to suggest that some States might not have survived these great trials if the union, the movens spirits European nations and values, was not there to support them. This structure has proven time and time again that democracies can be shaken, but once united they will always prevail.

There is no doubt that the EU needs to enter calmer waters in order to recover from a decade of crises before it can continue to expand. Nevertheless, the dream of European power is still vivid and alive among those who have dreamed of such a European future for almost two decades.

For our common good, we must continue to share this approach together. Enlargement is about credibility, something the United States achieved as a result of the Cold War and manifested in the motto “US promises – US keeps”. The EU, if it wants to have a truly global status, must act according to the same principle.

In the case of the EU, the credibility is twofold. First, neither Brussels nor the Member States should afford to leave a geostrategic black hole at the heart of the continent. This would be a mistake, as it would lead to the penetration of other global opponents into the union’s backyard. If the EU fails to secure the very heart of the continent, it will become its Achilles’ heel which will prevent the Union from expanding, consolidating and deepening.

On the other hand, it is also a question of credibility for the candidate countries. Since 2003, only two candidates have become member states. Therefore, if enlargement becomes too shifting a goal, in the end the candidate countries may start to turn to other centers of power that are more credible, reliable and able to deliver on promises.

The Western Balkans are the only region where enlargement coincides with reconciliation between nations. And if the incentives for good behavior disappear, bad behavior may prevail.

For all these reasons, the EU must be cautious, shrewd and bold enough to realize that it is far better to have the candidate countries around the table for the sake of its future, its stability and its sanity. to be.

The case of Montenegro should be easy. A country of 620,000 people, with 75% support for EU and NATO membership, in addition to being fully engaged in EU foreign policy, is something the Union could easily digest. A country of this size could in no way obstruct the decision-making process of the EU.

The advantages of this easy enlargement would be multiple. This would demonstrate that, despite some setbacks along the way, the EU is still up to the task. This would undoubtedly reinvigorate mutual trust. Moreover, the strength of the Montenegrin example would encourage other Western Balkan countries to show real interest in becoming the next Member States.

At the same time, it would be a strong signal to third parties that the region has not been forgotten, that the EU has just taken a short break and is once again fully claiming its rights there. It would also make life easier for NATO by providing stability and security on its southern flank.

The best journeys are never easy or short. But an old European state, too small to have enemies, too smart to create them and too proud to be despised by anyone who has been on the road for nearly two decades, is rushing back to the European family of nations to which it has always belonged. . It is high time for Montenegro to get there and for the story of those distant student dreams and hopes, music and harmony to have a happy ending.

The opinions expressed in this article are those of the author and do not necessarily reflect the editorial policy of Fair Observer.

Next On The Money - No SEL, and maybe not okay 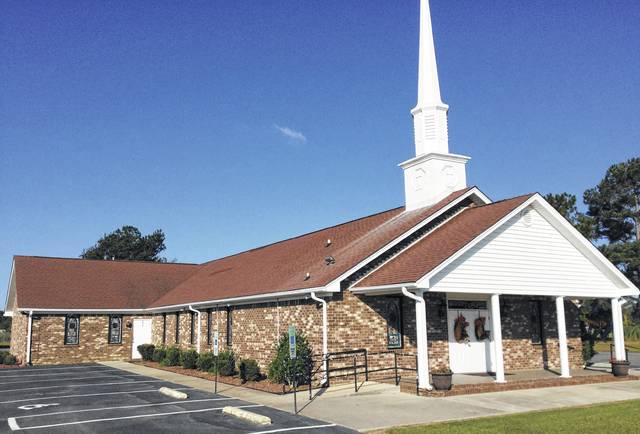