Press conferences are a staple of the UFC, especially in an age when a fighter’s market value and career depends massively on their ability to talk trash.

We’ve seen several passionate moments in UFC press conferences over the years, with fights like Michael Chiesa vs. Kevin Lee, Jon Jones vs. Daniel Cormier and Georges St-Pierre vs. Nick Diaz contributing to some of the most popular media moments. most entertaining ever.

We also saw fans get into the action. Here are five memorable moments between fans and fighters at a UFC press conference.

Technically, it was a journalist and not an outright fan who was involved in the incident. But in what is arguably one of the greatest UFC press conference moments of all time, superstar Conor McGregor was moved to tears.

As part of the “Mr. Nice Guy” act he was hosting ahead of UFC 257, McGregor answered questions in a way that was vastly different and respectful of his previous press conferences. This created the perfect platform for the question, which can be seen in the video below:

“I lost my mind on this game as Vincent Van Gogh dedicated his life to his art and he lost my mind in the process. It happened to me but damn it. When that gold belt is wrapped around my waist and my mom has a big mansion, my girlfriend has a big car, and my kids’ kids get everything they ever wanted. Then it will pay off. Then I’ll be glad I lost my mind. “

Picking up on the above quote from McGregor from 2013 that illustrates how far we’ve come, the reporter brought out an emotional side to “The Notorious.” 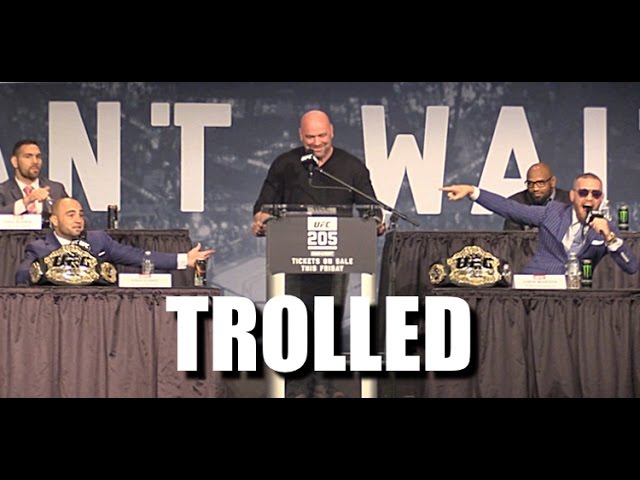 Prior to the fight, we witnessed several instances of a typical McGregor junk conversation. But one of the highlights did not come from the Irishman but from a fan who was clearly there to support his idol.

The fan confronted Alvarez about his comments that McGregor didn’t have the cardio to do five rounds, pointing out that “The Underground King” lost one of his only two fights that had come that distance. McGregor happily agreed with the fan as Alvarez struggled to come up with a reasonable answer.

CM Punk’s career in the UFC was appalling to say the least. His two fights, both of which were surprisingly on the main card despite having no previous MMA experience, ended in one-sided losses.

But being a WWE veteran, Punk’s mic skills were superb. Ahead of UFC on FOX 16, he participated in a question-and-answer session where a fan named Dillon Pousson – who himself claimed he berated the fighter on Twitter – called him in for a fight.

Punk stopped him quite easily, claiming he was the one who was hired by the UFC with a few choice words between the two. Interestingly, the fan held an amateur MMA record of one win and three losses at the time of his call. 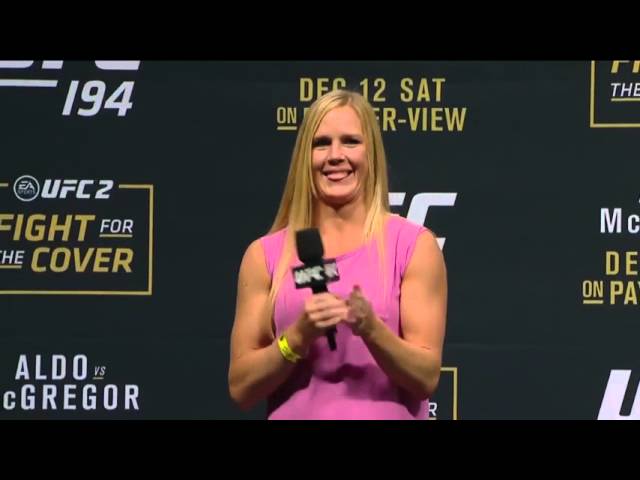 In another case of a fan enjoying a question-and-answer session, an Irish supporter found it in his heart to serenade Holly Holm with a rendition of “Can’t Take My Eyes Off You” by Frankie Valli .

As the large crowd at the UFC 194 press conference gleefully joined in, Holm – who had recently destroyed Ronda Rousey in a massive upheaval – looked rather uncomfortable on stage but left the song run its course with a smile. 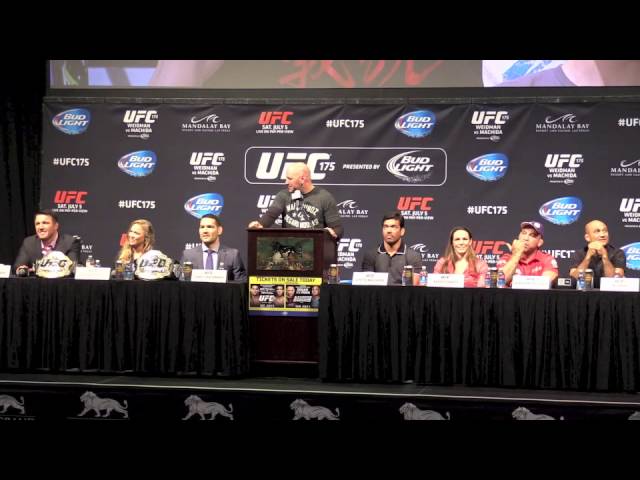 Holly Holm isn’t the only fighter to have been courted by a fan. Chael Sonnen, who has garnered huge cult following for his unique method of trashy conversation, found himself receiving a heartwarming speech.

Speaking in typical Sonnen style and replicating several quotes from “The Bad Guy,” the fan elicited a smile from almost everyone in attendance. Sonnen also joined in the fun, but his scheduled UFC 175 fight against Wanderlei Silva fell through.

Please allow 30 seconds to respond this survey so that we can better understand how to meet your MMA needs.